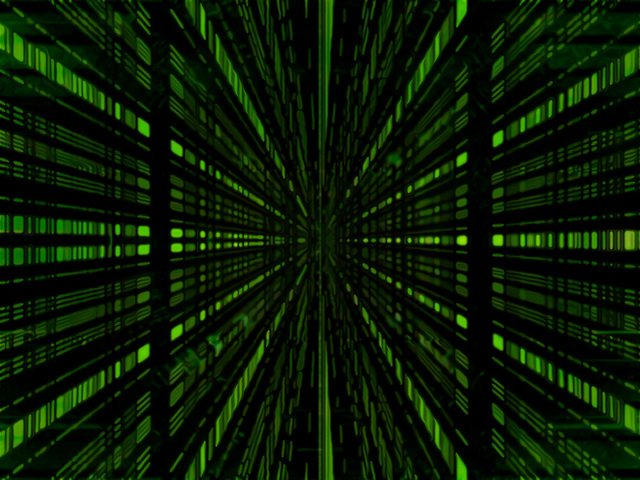 Although most ridesharing and hotel booking companies didn’t exist until a decade ago, the concept of Digital Transformation has been around for quite some time. As computer technologies and programming skills have evolved, paving ways for better systems and more intuitive user interfaces, companies from all industries have begun improving their manual processes with automation and digitization. Online booking systems and shopping comparison sites were among the pioneers in this digital transition, improving user experience and simplifying tasks, which traditionally required more effort. They were soon followed by stock trading systems and improved banking websites, eliminating whole supply chains and middlemen, followed by on-demand music and video services, all part of a continuous move towards a more digitized world, which we now call Digital Transformation.

What’s curious about all of these advances in user experience, is that they were primarily driven by consumer demand, more so than any other factor. People wanted to book flights easier and quicker, without needing to talk to a travel agent. People also wanted to listen to more music, without having to go to a record store. Business executives and product owners listened, and with a bit of innovation and a fast evolving technological expertise, were quickly able to conjure up solutions to address these needs, inventing new solutions and processed along the way. In order to understand where Digital Transformation is heading now, first off all, it is important to first understand what do your consumers want?

By 2010, many transactional businesses, including banks and travel sites, which have already established solid digital practices, have realized that majority of their users were now moving towards increased use of smartphones. This drove the next wave of Digital Transformation, which often required a major re-platforming in order to support mobile platforms. This wave also included more industries, like education, which have soon followed the leaders in digitization. Nowadays, it is not unusual to assume that most medium to large sized businesses are expected to have a mobile strategy as one of their corporate agendas.

Companies have begun to view Digital Transformation as a more strategic and crucial part of their planning, which encompasses business objectives focused around answering consumer demand and moving their company towards more efficient processes. What’s really exciting is that executives now consider digital strategy as an inseparable component of their business model. In 2007, PricewaterhouseCoopers has begun to measure organizational aptitude towards readiness for Digital Transformation through an index called Digital IQ. Over the years, the index followed major players in their corresponding industries, while evaluating their digital capabilities and sentiment against market trends. It may come as a surprise, but a decade later, only half of organizations rated by them have received a strong rating (2017 Digital IQ). The true implication of this, is that there is still a lot of work to be done in order to keep up with changing technology and consumer needs.

Being on the forefront of digital means embracing new trends, approaches, and technologies to power the consumer experience. Some of the more recent developments include things like augmented reality, artificial intelligence and cloud computing. While the initial adaptation has been spearheaded by few leading high technology leaders, many other industries are becoming increasingly interested in these technologies and their application to their business models. Over the last few years, a number of successful products and systems have been launched which demonstrate their potential.

Augmented Reality, which allows virtual objects to be blended with the real world using special goggles, along with its more powerful, but less mature Virtual Reality cousin, have created a whole new ecosystem, spanning multiple industries. A great example of this tech includes seeing how a new couch or dining room table would look in your house by just pointing an iPad at your room. AR/VR tools are still in the process of maturing from pure entertainment and are quickly moving towards business use. Ability to visualize objects where they don’t exist or difficult to see in person have a significant potential in areas like communications, education and security.

A more mature technology, Artificial Intelligence, enables computer systems to make complex decisions which rival outcomes of those made by people. Recently, developers of an AI system, specifically designed to play the game Go, celebrated their success, when their software was able to beat the world champion in that game. However, use cases for AI do not stop in gaming. Business Intelligence and Marketing Intelligence software can now automate a lot of tasks which used to be the exclusive domain of experts in those fields, saving company’s significant costs in retaining highly qualified resources. This technology has also been able to replace functions traditionally supported by people, like customer service or phone support.

Yet another technology, which has already seen wide adaptation, Cloud Computing, can be seen as one of the major building blocks for Digital Transformation. As products and services which continue to offer electronic solutions to consumers, like e-commerce, banking or media streaming service, strive to scale and maintain the same level of service, cloud computing allows them to increase their computing power exponentially without having to invest into costly server equipment and resources needed to maintain them. Major technology companies like Microsoft, Google and Amazon have created reliable tools and resources which allow anyone to put their services into the cloud.

How does one keep up with the speed of digital? A trend has emerged recently, which has its roots in the start-up world. Many young ventures have been propelled to success through the use of business accelerators or incubator programs. These programs, although sometimes financially burdensome for a small start-up, have allowed many of them to scale quickly by prototyping their products and iterating on the resulting outcome until a viable product is formed. Having a laser sharp focus on creating a product and making better, instead of wasting time to operational chores, allows a new idea to materialize significantly faster than through traditional approaches. Copying this concept, large organizations have created their own internal incubator groups, sometimes called Innovation Labs.

Google has its Google X and The Garage, Amazon has Lab 126, as well as many others have built their own internal teams of innovators. These teams can help the company adapt new technologies by experimenting with different options available on the market. Through the use of pilot programs, proofs of concept, and frequent consumer feedback, they are able to introduce new ideas and ultimately help improve existing processes and customer experience. According to PwC, 38% of the world’s top 200 companies have already set up innovation centers. Within e-commerce, Innovation-driven retail has become one of the major avenues for retail companies to embrace their digital roadmap. What are you doing about Digital Transformation today?

Manage Cookie Consent
To provide the best experiences, we use technologies like cookies to store and/or access device information. Consenting to these technologies will allow us to process data such as browsing behavior or unique IDs on this site. Not consenting or withdrawing consent, may adversely affect certain features and functions.
Manage options Manage third parties Manage vendors Read more about these purposes
View preferences
{title} {title} {title}